How to name things in your application

Humans use language to think and communicate, and when we think and speak about things and concepts in the world, we use names or labels to refer to those things. In other words, names are linguistic handles that refer to things in our speech and writing.

It’s usually pretty difficult to talk about something if it doesn’t have a name. In casual in-person conversations, you might be able to point to somebody and say “that guy” to refer to him, but of course this doesn’t work well in a written context (or when “that guy” leaves the room). Things in your application need to be named and labelled so that users can know where they are, what data they’re looking at, and what actions they can perform. Good names and labels help the user form a correct mental model. Clear and consistent naming is also important so that unambiguous instructions can be formulated, like “In the Search dialog, under the ‘Advanced’ tab, uncheck the ‘Case sensitive’ checkbox.”

What kinds of things are typically given names in software applications?

Names are used for differentiation between things. If two things are given the same name, then that name is ambiguous because it could refer to either of the two things. Imagine you work in an office where there are two people named John: John Smith and John Thompson. If your boss asks you to “please pass this letter on to John”, then without additional information, you can’t be sure which John your boss is referring to.

In other words, “John” is not a unique name within the context of your office. The name “John” is ambiguous because it could refer to either John Smith or John Thompson. To eliminate the ambiguity, you have to add enough “qualifying” information to uniquely identify the target. So “John Smith” would be ideal, but “John S.” or, say, “John in Accounting” would also suffice in this case.

Ideally, names are unique within the context in which they are used. You may know a Suzanne in your office and a Suzanne at your yoga studio. If someone from the office mentions Suzanne’s name, you’ll probably assume they’re talking about the Suzanne in the office, whereas if someone you know from the yoga studio mentions Suzanne, you’ll probably assume they’re talking about Suzanne from the yoga studio. Because of the two different contexts, you’re usually able to make a reasonable assumption about who is being referred to.

In software development, naming contexts are often called “namespaces”. If you were to make a list of all the names within a namespace, it is best if all the names are unique, because they can then all be differentiated from each other.

Here are additional guidelines and things to keep in mind when you are naming things in your application:

The sprawling city of Calgary, Alberta, Canada requires all streets within each demarcated suburban community to have names that begin with the same three letters. The Taradale suburb, for instance, is a maze of streets with names like Taradale Drive, Taradale Close, Tarrington Close, Tararidge Close, Tararidge Crescent, Taracove Road, Taracove Landing, Taracove Crescent, Taralea Park, Taralea Green, Taralea Way, Tarawood Grove, and Tarawood Lane. This can make finding a particular address while driving rather difficult. “Tararidge Crescent” would be a very unique name in a community with street names like “Bay Street”, “MacDonald Avenue”, and so on, but since all the names in the community sound nearly identical, the cognitive load of trying to remember an address and simultaneously compare it against virtually identical alternatives is challenging. 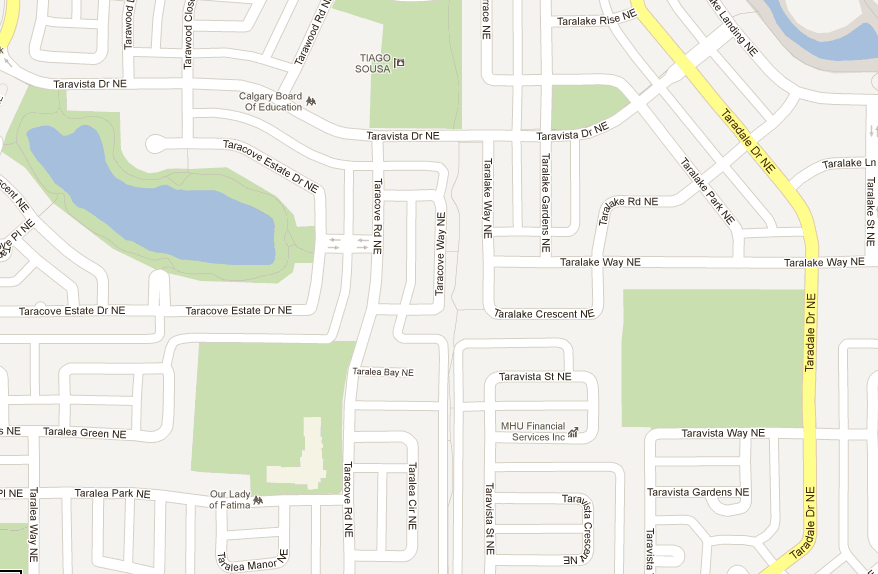 Product names should also be pronounceable: given the name in written form, people should not have to ask, “How do you say that?” And when someone hears the name being spoken, it should be recognizable and the listener should ideally be able to spell it. If you had never heard of YouTube, but somebody said that name to you, would you interpret it as “YouTube” or “UTube”? Intentional spelling and punctuation variations like “Flickr” and “del.icio.us” can be distinctive but have the trade-off that people will be forever misspelling them. Also, be consistent with your branding; is the correct spelling Walmart, Wal-Mart, or WAL*MART? That retailer has itself used all three variations in different contexts.